Disclosure Statement: I received free samples and compensation in exchange for this review.

Claire M* is a 43 year old mom of four with an 11 year history of Crohn’s disease. Four years ago, she had surgery to remove her inflamed ileum and create an end ileostomy. Since she suffers from chronic dehydration, she usually sips sports drinks like Gatorade® throughout the day. Claire also has a permanent port which can be used for supplemental intravenous (IV) fluids or nutrition at home. She has been admitted to the hospital countless times with dehydration.

Gwyn L* is a 33 year old pediatric critical care nurse with a long history of Crohn’s disease. She had her colon removed and a jejunal-ileal pouch formed over ten years ago. She, too, struggles with ongoing dehydration.

In the past several weeks, Claire and Gwen have been using a new generation of Oral Rehydration Solution. It’s been working very well for both of them. Could it represent a promising advancement to improve the quality of life for those with gastrointestinal failure?

The Cost and Risk of Dehydration

In simple terms, dehydration is an abnormal depletion of body fluids1. It remains one of the most common and preventable reasons for hospital admissions. In 2004, approximately 518,000 hospitalizations in the U.S. were due to dehydration, costing nearly 5.5 billion dollars in hospital charges2. There is no indication costs have reduced since that time.

There are many vulnerable populations for dehydration, including: young children, elderly, pregnant or breastfeeding women, athletes, alcoholics, those living in hot conditions, taking multiple medications, or having underlying co-morbid illnesses such as diabetes, psychiatric diseases, heart, lung, and kidney disease. In addition, individuals with inflammatory bowel disease (IBD), primarily Crohn’s disease or ulcerative colitis, can be at high risk for dehydration due to decreased absorption in the intestine as well as excessive fluid losses from diarrhea3.

Dehydration occurs when our body does not have adequate water to complete normal functions. And, if not treated correctly and quickly, dehydration can be life-threatening.

We normally lose water by sweating, breathing, urinating, defecating, and through tears and saliva. We replace it by drinking and eating. A fever, diarrhea, vomiting, or extreme sweating may lead to excessive losses of fluid, including critical electrolytes sodium and potassium. In addition, underlying diseases such as IBD can cause malabsorption of fluid and electrolytes from the intestinal tract, further contributing to a negative fluid balance.

Symptoms of dehydration include:

It is important to note that in dehydration the symptoms are often delayed. Meaning, the body is actually dehydrated before symptoms begin. If it is not treated early, dehydration can also cause nausea, which prevents the person from being able to drink. This cycle can quickly lead to the need for hospitalization and intravenous (IV) fluids.

Dehydration can be prevented by increased surveillance of patients at risk in the outpatient setting along with early identification and intervention4. After identifying those at risk, treating people with mild to moderate dehydration at home with oral rehydration therapy (ORT) is a key component in reducing hospital admissions due to dehydration.

Intravenous fluid replacement remains the mainstay treatment for severe dehydration, and has been for almost two hundred years. An important advancement was made in the 1960’s, when scientists discovered oral sodium and potassium absorption could be enhanced when glucose was included5. This discovery facilitated the boom of oral rehydration solutions (ORS) to the market. Gatorade® and Pedialyte® are the most representative icons of this development.

Gatorade® was originally formulated to replace electrolytes lost from sweat during exercise. Many began using it as an ORS because it was inexpensive and readily available. It also tasted better due to a high sugar and significantly lower sodium (salt) content. However, not only are the electrolytes in sport drinks inadequate to treat diarrhea or vomiting, the type of sugar used in these beverages can actually worsen dehydration.

Concurrently, medical grade oral rehydration solutions such as Pedialyte® were developed; they included higher levels of electrolytes with glucose for better absorption. The last decade has seen an influx of similar products and brands such as: DripDrop®, Ceralyte®, Normalyte®, Hydralyte®, Nuun®, and even coconut water, just to name a few. Several websites even provide recipes for homemade ORS.

All of these products use a similar formula of sodium + potassium + glucose + water = rehydration.

Medical grade ORS are effective for short-term treatment of mild to moderate dehydration, but they have limitations. In individuals with gastrointestinal failures (short bowel syndrome) or malabsorption (IBD and chronic diarrhea) the intestinal capacity for electrolyte absorption is highly impaired. With no electrolytes, there is no water retention and no rehydration.

In addition, traditional oral rehydration solutions continue to rely on the glucose/electrolyte transport mechanism that was discovered many years ago. This imposes several drawbacks:

Dehydration is not a new problem. Yet, the methods of treatment have not changed much since the 1960’s.

A new company, Einsof Biohealth, has recently introduced a new product to the market called Speedlyte®. What makes it unique is the patented Encapsulated Nano-Electrolyte technology®.

While traditional ORS use glucose to move sodium and potassium across the intestinal wall into circulation, Speedlyte® uses a unique system where the electrolytes are encapsulated inside a liposome. When consumed, these liposomes merge with the intestinal cells so the sodium and potassium can get directly absorbed. Not only does rehydration begin more quickly, recent studies6 have shown that Speedlyte® rehydrates faster than traditional ORS, even with lower total sodium content and less volume of intake. Rehydration can be achieved more rapidly because it is not dependent upon the functioning of the traditional electrolyte absorption pathways, and less glucose and sodium is required. One bottle of Speedlyte may rehydrate faster than three to five bottles of Gatorade®!

Another benefit in encapsulating the electrolytes in liposomes is that the formulation is much less salty, making it more palatable and lessening the need to add so much sugar, sweetener, or flavoring. This is a huge benefit for those who are unable to consume large quantities of ORS, particularly children, older adults, and those with IBD or intestinal failure.

While Speedlyte® is a tool for short-term treatment of dehydration, it is also poised to be an integral component of a long-term hydration maintenance program, particularly for at-risk populations. Maintaining adequate fluid balance at home can potentially prevent hospital admissions and decrease costs.

A few months ago, the creators of Speedlyte®, approached me about participating in their feedback program. They sent me samples to taste and give to my patients. I was surprised at the mild and pleasant orange flavor with a hint of lemon—it was significantly less salty than other ORS I have tried.

When we provided Claire M*, the patient with Crohn’s disease, with a sample of Speedlyte®, this was her response:

“I noticed that Speedlyte works faster than regular Gatorade. I would drink it all at once, and within 30-40 min, I could notice an improvement in my hydration. My body did not seem to “dump” it out my ileostomy as quickly as the Gatorade, which helps with absorption.”

Gwen L* had this to say:

“In the medical field, I wear a few too many hats- Pediatric acute care and Pediatric Intensive Care Unit nurse and leader for the past 9 years, Pediatric Nurse Practitioner (PNP) student, as well as a patient myself with Crohn’s Disease and a history of bowel resections. So, when my dietitian offered me a sample of a new rehydration solution, Speedlyte, I jumped at the opportunity to try it. As a nurse and future PNP, I’m always interested in the palatability of both over-the-counter and prescription supplements and medications. I don’t want families to go out and buy something their children will refuse to drink. As a patient myself, let’s just say I’ve had to drink my fair share of nasty stuff. I gave Speedlyte a try and was pleasantly surprised with not only the taste, but also the small amount needed to help me feel and look rehydrated again. Even better, Speedlyte tastes great at both room temperature and cold.”

Are you ready to give Speedlyte® a try? Go to www.speedlyte.com/feedback.

Niki Strealy, RDN, LD is a registered dietitian nutritionist and the author of The Diarrhea Dietitian: Expert Advice, Practical Solutions, and Strategic Nutrition. She has specialized in digestive health for over 20 years, and has a private practice in Portland, Oregon.

*All names have been changed 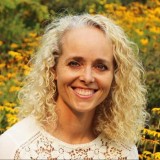